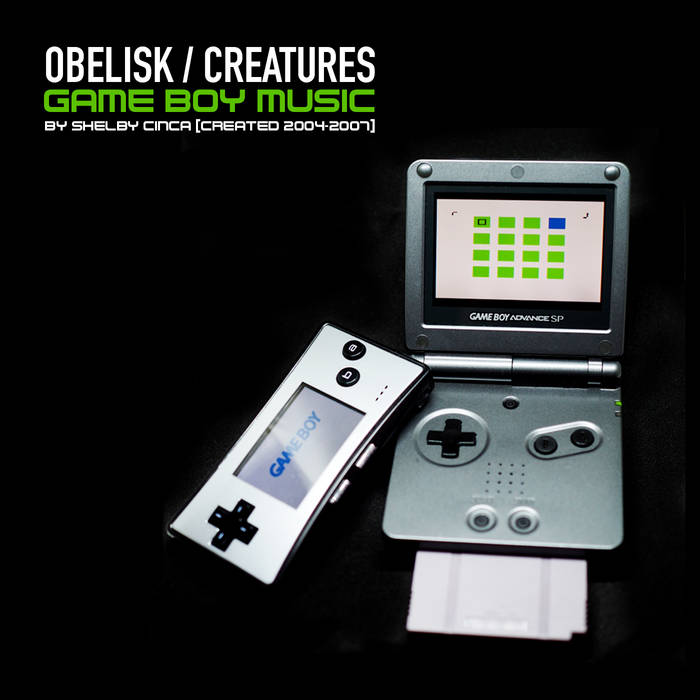 I got sick of seeing my face on my two old albums so I combined them... now some words about this release:

Originally before I started creating music as Triobelisk (triobelisk.bandcamp.com) and later Tanimura Midnight (tanimuramidnight.bandcamp.com), I put out a bunch of tracks on MySpace and obscure social networks such as Trig under various aliases— Oblsk, Obelisk, etc... eventually I officially released this music under my name.

This collection is my early forays into electronic music. I was originally turned onto Game Boy music by wandering the Berlin streets and stumbling upon a Nanoloop CD compilation (www.discogs.com/Various-Nanoloop-10/release/24221) at a record shop. Once picking it up I delved into the software Nanoloop (by Oliver Wittchow) and started programming my little game machine to make music and aggressive sci-fi soundscapes. The 1st album, "Obelisk", was made in a van on tour with my old punk band Decahedron and the 2nd, "Creatures", in another van on tour with my odd steampunk outfit The Cassettes. Around that time I also contributed Nanoloop sounds with my short-lived Swedish project Frantic Mantis (franticmantis.bandcamp.com/album/data-is-not-information) which is the first physical release to house the Swedish Columbia logo though never actually being on the label. There it served more as a symbol of Washington, D.C. connecting with Sweden and the beginning of the an idea of some sort of creative collective.

This "music in vehicles" concept was the initial spark to realize what the record label Swedish Columbia would be as I discovered many of my peers in touring punk bands were also experimenting with electronic music on their laptops and various devices at the time. So to be an outlet of this potentially unheard music was the initial start. Things have grown different directions since then but the seed of punk rock, electronic music, gaming, etc... is the nexus of where it all started.

Obelisk:
All sounds using a Gameboy Advance and Nanoloop 1.0.

This is just some of my solo work. My whole discography is viewable on my home Bandcamp page. More records being added constantly until dimensional shift.

Bandcamp Daily  your guide to the world of Bandcamp

outré black metal, with a Victory Over the Sun interview and music from Liturgy and Jute Gyte.